As a woman, a person of colour, and living as a Nepalese foreigner in Germany - topics around diversity, equity and inclusion (DEI) weren’t completely alien to me before joining Rasa. But when incorporating DEI became a fundamental way of working in my day-to-day job, I realized that there are so many things I myself was oblivious to, that I have so much yet to learn, and that there are so many ways I can use my role to actively fight against the inequalities that exist around us.

DEI has now become a lens through which I see the world both in and out of my job - it’s almost like a constant alert notification in my head every time I’m recruiting for a role. Looking back, I notice that this change came very gradually and brought its own challenges along the way, but it has made me a far better and more ethical talent acquisition manager.

How so, you ask? Within my role, I was obligated to be critical of my current biases and our current recruitment processes. I had to understand what deters underrepresented groups (URGs) from entering, passing through, and succeeding in our recruitment funnel. Through months of learning and unlearning, I’ve come to realize that it's possible to have biases without even knowing you have them, and contribute to a system that perpetuates inequality without consciously intending to. I’ve now learnt that it’s not enough in an unequal world to be non-racist, you have to actively be anti-racist. And that goes for being anti-sexist or anti-discriminatory in any other way.

It was clear that my team had to find a way to embrace this way of thinking within talent acquisition at Rasa. How did we manage to do it? We opted to engage in inclusive hiring.

What does inclusive hiring mean?

In order to have an inclusive hiring process that provides equal opportunity to everyone, we had to first make sure we have a structured hiring process in place - primarily to eliminate any sort of bias in the funnel. Structured hiring is an intentional, deliberate recruiting process where all decisions are based on evidence, contrary to emotion or feeling. Every decision you make - from screening a profile, to grading a take-home task, to assessing the candidate in an interview - is based on specific attributes you can name and reason for.

How did inclusive hiring come about at Rasa?

Back in March, we dedicated our focus toward being more aware about how diverse & inclusive Rasa is as a company. After a company-wide internal survey on D&I and a data analysis of our applicants/hires in the past, we realized we are doing great in certain dimensions, but still have a lot more to do to get where we want to. Our ultimate goal is to be a company that embraces, represents and gives opportunities to all regardless of age, race, sexual orientation, socio-economic class, nationality, religious beliefs or any other dimension of diversity. You can read more about this initiative in this blogpost.

We then established that recruitment is where diversity efforts have to start - right at the beginning of the funnel. In July, we set a target to make sure all our filled roles have more than 50% applicants from an URG. After working with this target and D&I efforts in general for a while, we realized that D&I in itself is not enough to address the historical inequity that people from URGs have suffered. The missing piece in our efforts was giving emphasis to the concept of equity.

To be very honest, it did take me a while to truly internalize why equality alone isn’t enough and what equity really means. Equality is treating everyone the same, without difference. It sounds fair, and initially to me it sounded like the way to go about hiring. But the harsh truth I came to accept is that we don’t live in a world without difference - we live in one that is unjust and unequal. To balance out this very inequality, we have to treat URGs with more compassion and vigour to level out the playing field they compete in (i.e equity). We would only then be truly treating everyone equally. 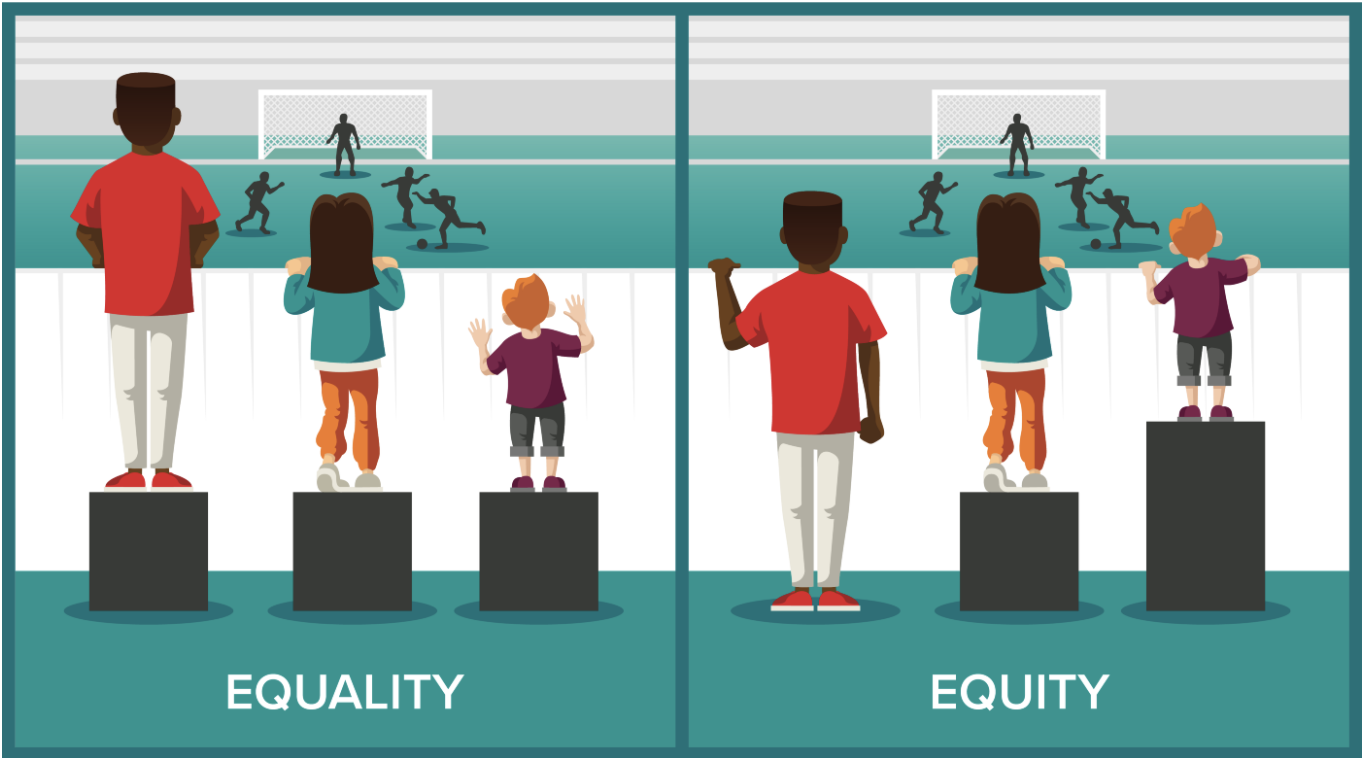 From a recruiting standpoint, this meant that it isn’t enough to look at all incoming applications with the same lens anymore. Rather, we have to deliberately add more prospects from URGs into our funnel and proactively give them opportunities. If candidates from URGs weren’t applying, we could no longer continue hiring without making DEI a priority, we had to prioritize reaching out to them & making ourselves visible in spaces where they would know where to find us.

How have we embraced inclusive hiring?

We first started to refine our job posts by using tools such as Gender Decoder and Inclusive Language Decoder. The decoder helped us understand the hidden implications of the language used in our job ads to make it more inclusive and neutral. We then advertised on a variety of diverse job boards, including but not limited to sites such as Diversify Tech, Black career women’s network, Elpha Directories and more.

As mentioned earlier, we’ve also extensively catered our sourcing efforts toward identifying and attracting URGs. We’ve had to be extra creative as roles we hire for are mostly in tech, where the space is heavily dominated by white cis-males. Our inbound applications are proof of this: we get a lot of applications from this very category - but we have to proactively look past that if we are going to truly hire a more diverse team. Just like we aim to fill the skill and experience gaps we have in our current team when hiring someone new, we also try to bridge the gap of missing identities and voices in our teams.

One way we’ve tried to do so is by making our boolean strings really specific - for example by searching historically Black universities/women’s colleges or sourcing from specific online groups such as Pyladies or Women who Code.

We’ve also engaged in establishing a diversity-focused talent pipeline to identify potential future hires from URGs. Even when we paused hiring during the COVID-19 lockdown, we kept working on mapping these profiles for our software engineering roles. We managed to build relationships during the hiring freeze and converted prospects into candidates when we began hiring again.

Outside of our active sourcing efforts, I’ve noticed that just being vocal and deliberate about our commitment to DEI has been a big step towards inclusive hiring at Rasa. When candidates make it past the initial screen, we send them a playbook highlighting how much DEI means to us and what we are working towards. We’ve also been more deliberate about being present on social media to voice our solidarity with DEI-related topics. It’s been really heartwarming to see how well candidates have responded to these efforts, and we have seen a huge spike in URGs applying to our positions because they identify with our commitment to DEI.

What’s in store for us next?

We have been researching, reading, attending webinars, talking to DEI experts, and generally educating ourselves around DEI topics and inclusive hiring in the last few months. We've also started a biweekly People & Talent reading group where we discuss relevant topics specifically regarding #BLM in an attempt to be well informed in the topic.

But we recognise we still have huge knowledge gaps to bridge moving forward, and there is still a lot of learning ahead of us. We’re constantly redefining and questioning our current processes to make sure we’re doing all we can to eliminate all biases and be active advocates for URGs.

Another thing to note is that incorporating DEI in recruitment isn’t independent of how inclusive Rasa as a company is internally. It's often not enough to just hire inclusively when we know it's harder for diverse folks to be successful and stay within an organization. D&I efforts are most effective when they’re embedded in the organization in its company culture - we have several initiatives within the company to promote inclusion and remove any form of discrimination within Rasa. For example, just this week we established a DEI working group (independent of the leadership and people & talent team) to help us recognize blind spots within the company and actively combat them.

We also aim to roll out DEI-focused interview and scorecard training and introduce training videos on the topic in order for everyone involved in the recruitment process to understand and practice structured hiring. We want to make a DEI focussed mindset the norm not just within the Talent and People team, but on a company-wide basis across all teams we are hiring for. 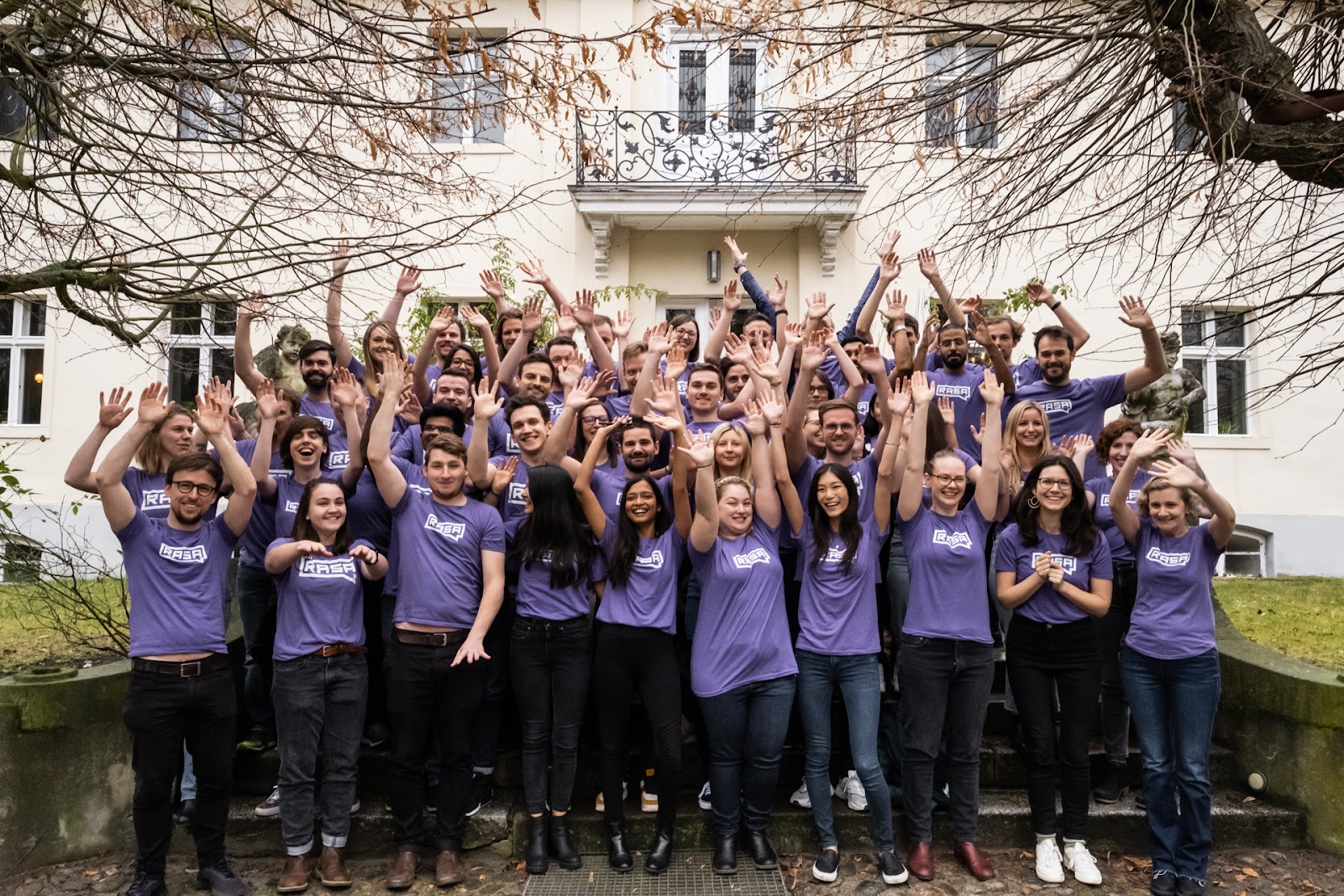 Being a truly diverse, equitable, and inclusive company comes with a huge commitment and change in thinking. The topic of DEI is vast, it’s intersectional, and it’s a broader conversation beyond just recruitment. Most of us at Rasa have had to have difficult conversations within the company - be it by calling out problematic statements or by taking radical stances against inequality.

I myself have had difficulty shifting focus in the way I hire for my roles from one day to another. I had to reevaluate many things I thought I knew about what it means to be fair and a true ally. It was difficult for me to get accustomed to the notion of equity at the beginning - because that first meant recognizing that in the past I also have been part of the problem by being passive and not explicitly engaging in anti-discriminatory practices.

If there was one thing I wanted you to take away from this blogpost and my experience, it's that no person or organization gets inclusion right in one go - inclusion only comes after a lot of trial and error.  It’s okay to have blind spots as long as you make an active effort to recognize and change them. Even when efforts seem small at the beginning, they accumulate, and they do bring about actual change - it definitely has for us here at Rasa. We have reached our diversity target for all our filled roles since June so far, and are actively striving to do more to make inclusive hiring the norm within our company.  I’m excited to see where we end up, what our team will look like, and how diverse, equitable, inclusive we will become in the near future.

Stay up to date with Rasa!