The Humans Behind the Bots: Tyler Dunn

At Rasa, our team is building the standard infrastructure for conversational AI. Behind the scenes, the people of Rasa come together from diverse backgrounds to solve today’s most interesting challenges in NLP and dialogue management. We’re pulling back the curtain to highlight a few of the humans behind the bots.

1. Hi, Ty. Tell us about yourself! What was your path to joining Rasa?


I had been diving deep into the field of Natural Language Processing (NLP) and the Conversational AI industry for a number of years. Towards the end of my time at university, I became really interested in dialogue systems and started to believe they would be a big part of creating conversational interfaces that don’t suck.

At that time, Rasa was writing about this and pushing my thinking, so I followed the team on Twitter. Alex (CEO & Co-Founder) mentioned he was going to be in Detroit, so I reached out and we met for coffee. Our thinking about the future and the best approach to get there aligned. After that, there was no stopping me from joining the Rasa team.

2. Take us through a typical day as a Product Manager. What types of projects do you work on?


A typical day starts the evening before. There is usually a huge list of things vying for my attention, so I try to prioritize the most important problems that I think I’ll be able to work on the next day. To do this, I answer two questions:

The answer I arrive at usually varies a lot day to day. Frequently, it includes talking to users to better understand their problems. Some days it involves working with our product designers and engineers on a new feature. Other days it means working with the go-to-market teams to better position and message our products. And every day, I can count on a bunch of things coming up that I did not expect to change my plans.

3. Which areas of your work are you most passionate about?

I find joy when I get to work on problems that are both hard and important to others. They tend to be the sort of problems that feel impossible to solve at first. However, once you figure out where to start and take a first step forward, possibilities open up and you find yourself making progress. Usually, the starting point for this is to speak with the community, who come from around the world and bring so many different perspectives. Check out the locations of users I talked to in May: 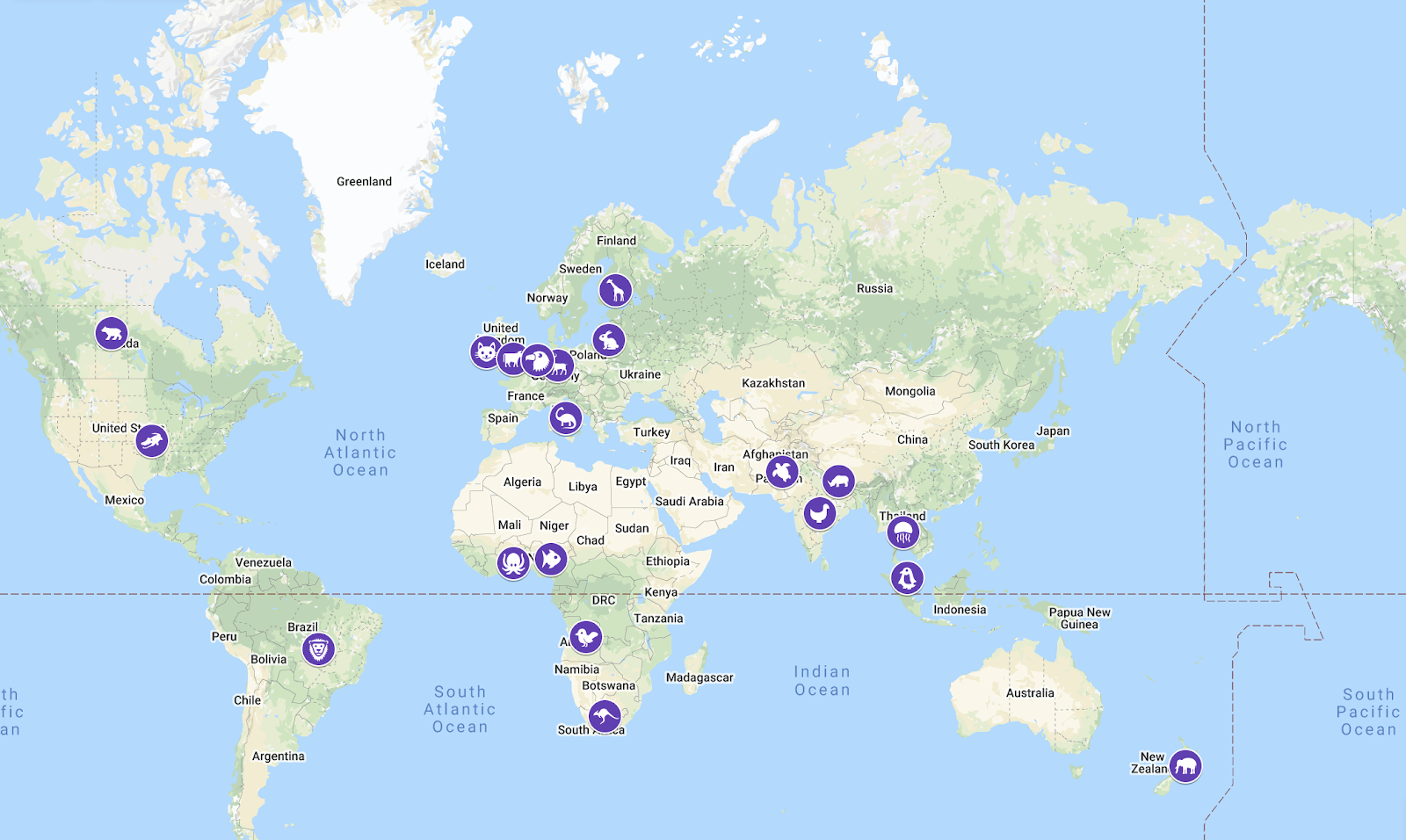 Similar to the best graphical user interfaces, the best conversational interfaces are built by creating the best possible user experiences. Yet it is still too often the case that developers force users to adapt to their conversational interface, rather than adapting the interface to their users. This is why I am helping the team define and build tools that enable Conversation-Driven Development, the process of listening to your users and using those insights to improve.

5. How would you describe Rasa in three words?


The three words I would use to describe Rasa are “one step further.” From extending the software that is eating the world to standing in solidarity with the Black Lives Matter movement, we are part of much larger trends that are shaping the systems that structure our lives. There is a lot I want to change about this world today, but progress does not happen all at once. Rather than feel defeated by this, the Rasa team is focused on what we can do to take one step further today. What can we do today to empower all makers to build AI assistants that work for everyone while improving the system that enables us to do so?

6. How do you collaborate with other teams at Rasa?


As a product manager, I am tasked with ensuring that we turn our design, engineering, and research efforts into business value. This requires me to interface with the entire Rasa team, who are each involved at some point in the process of making that happen. Often this requires me to be a sort of extra team member, who sometimes attends team meetings and frequently helps out with different projects.

7. What does a culture of diversity mean for you at Rasa?


From my perspective, a culture of diversity is one that creates an environment where a range of experiences and thought can actively grow. This includes not only the team at Rasa but also the research we conduct, the infrastructure we create, and the community that uses our tools. I believe that the people who solve a problem using a technology should be representative of the people whose problems are being solved. When that’s not the case for systemic reasons, then it is up to us to do what we can to help change that system and ensure the technology we are building does not reinforce it.

8. How has working at Rasa helped your professional development?


With far more things to do than I can take on, I have learned to ruthlessly prioritize the most important things. I am someone who loves to say “yes”, so I have had to learn how to say “no.” By saying “no” to everything that is not a priority, it has allowed me to say a stronger “yes” to the things that are truly important. This preciousness of time has also forced me to learn how to communicate succinctly. To ensure our distributed team has the context they need, I have to keep my Slack messages direct and to-the-point. I also feel I have a much broader, deeper perspective after working at Rasa. For the first time in my life, the majority of the people I am surrounded by on a daily basis are not Americans.

You frequently can do more by doing less. It’s counterintuitive and tough to believe until you try it. But if you take the time to figure out what are things that really matter and how to best go about approaching them, you can make a lot more progress on problems with a lot less effort.


“The worst case is they say no, so just ask” is the best career advice I have ever received. When you want to do something, don’t be afraid to ask for it. The worst thing that can happen is that they say no, and sometimes they even say “yes” :)

Want to team up with Rasa? We’re hiring! Find open positions on our Jobs Board.

Stay up to date with Rasa!